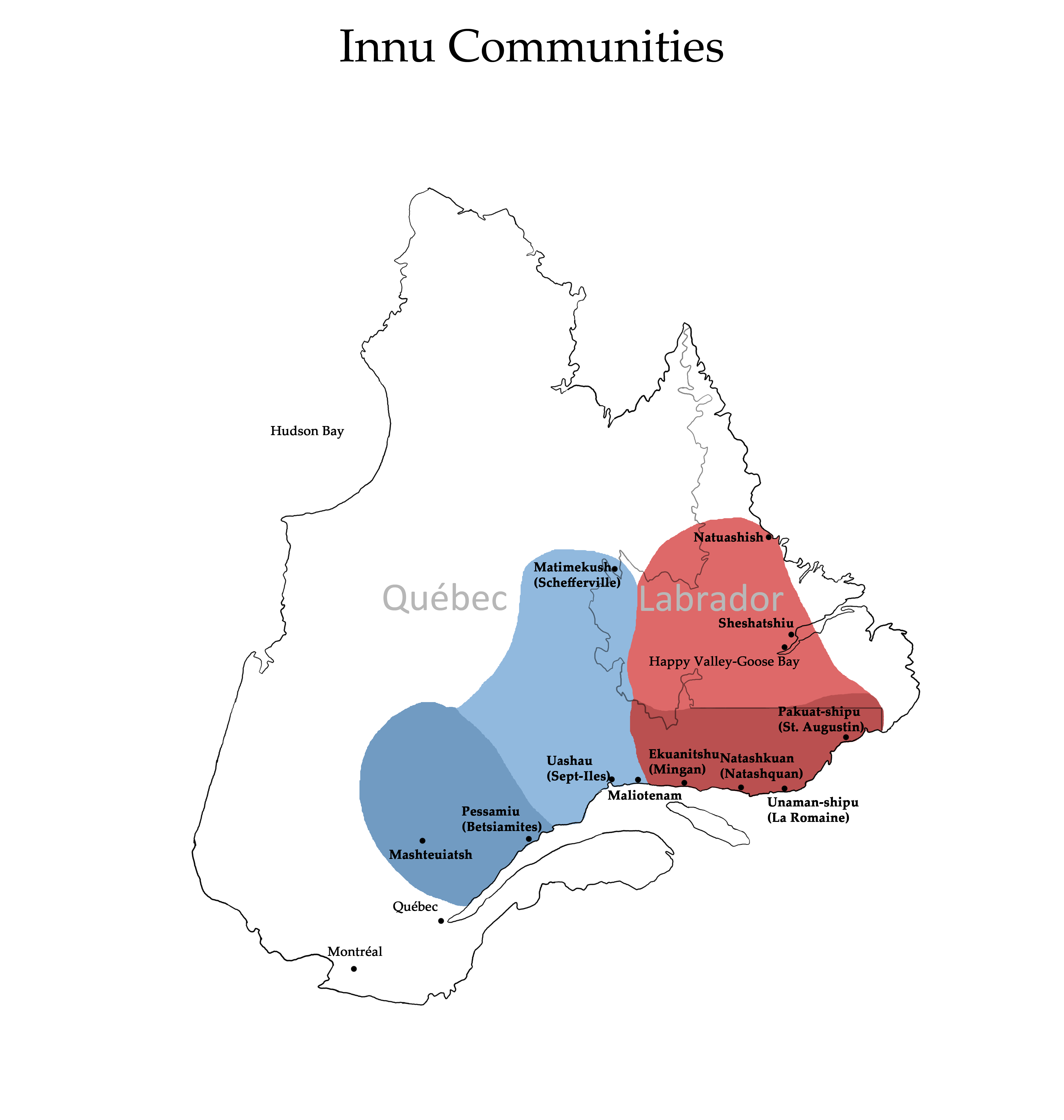 Innu-aimun (commonly referred to as Innu) is an Algonquian language spoken by the Innu of Labrador and Quebec, in Eastern Canada. 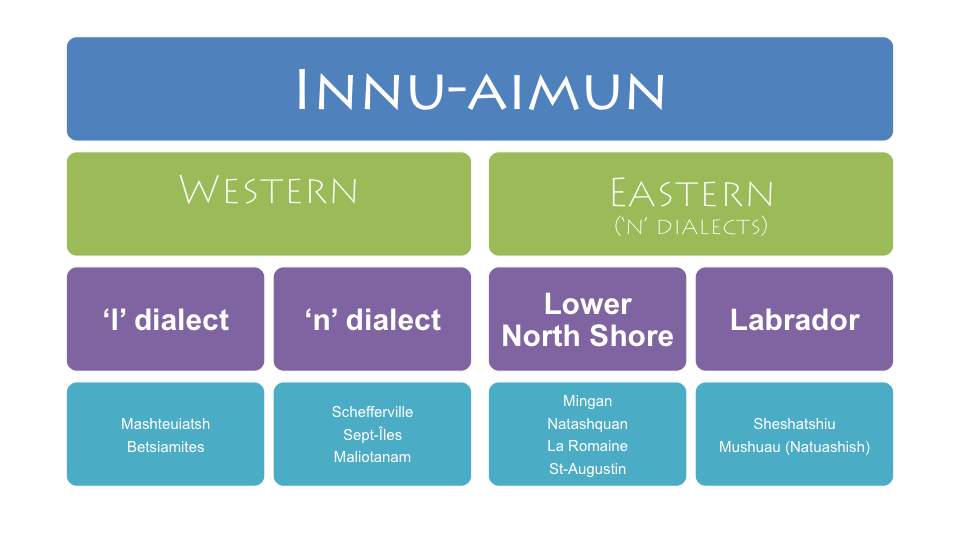 Western Innu is further subdivided into two sub-dialects. The dialect spoken in Mashteuiatsh and Betsiamites includes the ‘l’ sound, while the dialect spoken in Schefferville, Sept-Iles and Maliotenam has the ‘n’ that is also heard in the Eastern dialects.

The Innu of Quebec speak French as their second language, while the Innu of Labrador speak English.